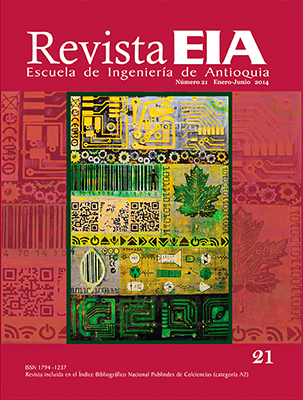 How to Cite
Builes Brand, M. A. (2014). INCIDENCE OF SHEAR STRENGTH RATE FOR RESIDUAL SOILS FROM AMPHIBOLITE IN THE SAN NICOLÁS VALLEY IN ANTIOQUIA, COLOMBIA. Revista EIA/ English Version, 11(21), 89–97. Retrieved from https://revistas.eia.edu.co/index.php/Reveiaenglish/article/view/924

Due to their formation process, residual soils have special characteristics that are not included in traditional soil mechanics, which is devoted to sedimentary soils. The weathering processes according to cycles of exposure show variations in composition and mechanical behavior. Residual soils from amphibolite rock located in the San Nicolas valley, near the city of Medellin, have been recovered using thin-walled Shelby tubes and tested. The variation of the shear test speed versus undrained shear strength was evaluated by conducting direct shear tests on undisturbed samples. This study presents graphs of the variation of shear strength, cohesion, and friction angle versus speed and their impact on design, as well as conclusions and recommendations.